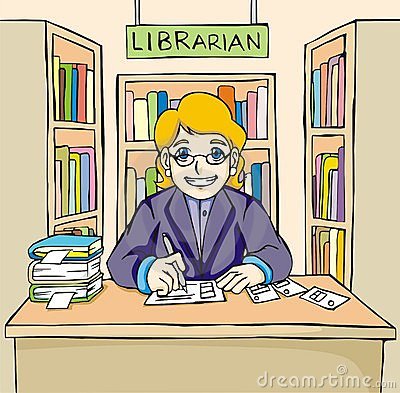 As I have mentioned before, I have a Scanner type personality. A Scanner is a person who has so many interests that they cannot make a decision as to what they want to be. That's because they want to do and be everything.

The business world today requires us to be specialists or working in a Niche. Those with scanner personalities prefer to be generalists. Which explains why I have worked in a variety of jobs. Anyway, on this page I will be telling you about some of the careers I have worked in that I have enjoyed and other jobs I have worked in, that I did not like.

If I had to say that I did have a Niche, it would have to be Administration.

I love love love doing research, writing, filing, organising, planning, marketing, being online, etc etc. The one area of adminstration that I do NOT like is accounting. That's because I hate maths.

During the 1990's, while I was unemployed, I spent 6 months running the school library for a primary (elementary) school. I didn't deal with the kids much. The class teachers did that. My jobs was simply to update the catalogue, check that books had the right catalogue details, and do some basic repairs on any books that needed mending. I really enjoyed doing this job.

When I left High school, back in the 1980s, I made one major decision that I truely regret making. This was because, when I was 18 years old, I did not have the guts to stand up to my parents and do what I wanted to do.

What I really wanted to do, was a History degree.

I thought my father knew everything. He and I were and still are heavy users of the Library. How come he never thought of me doing a Library degree?

I told my dad that, No I most definitely did not want to be a history teacher.

Right then, You should find a job that will be useful. You should become an accountant. He replied.

I gave in, and enrolled at University as a first year student doing a Commerce degree. I dont remember the subjects I chose except that I did sign up for accounting and economics. Within months I was bored with my classes and I stopped trying. I did not understand back then, that I am a WORDS person, not a numbers person. At the end of the year, I failed every single exam, and was suspended from University for 12 months. (I guess that's called Academic Probation). I never went back to the University. I moved on to do something else.

It's now more than 30 years later and I truly regret not doing that History degree. If I had done so, I would now have an MLS (Masters in Library Science) and have a long standing career as a Librarian for 25 years on my resume.

A few years ago, I discovered that the Toronto Public Library has a research service called Intellisearch. When I went to enquire as to what qualifications they required to work there, I was told in no uncertain terms that I must be a qualified librarian. I am sure over the last 30 years, that I have acquired more than enough research skills to do the same job, just as well as any librarian, and I would probably cost a LOT less, in terms of salary, since I don't have a degree. 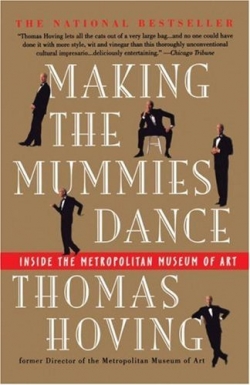 Shortly after I left High school, I discovered Thomas Hoving and his book - King of the Confessors. I also fell in love with Art History partly because the paintings are beautiful and partly because it involves another type of research.

Thomas Hoving was a curator at the Cloisters Museum in New York City in the 1960s. He eventually rose to become the Director of the Metropolitan Museum in New York city during the 1970s and early 1980s. He wrote another book about his time as the Museum Director. That book is called Making the Mummies Dance.

I had dreams of becoming a Museum Curator like Thomas Hoving. I would need a History degree for that. But then I discovered that I would also have to do a Masters degree and a PhD as well to get anywhere, as the Art History world is very competitive and expensive. So I dropped that idea. 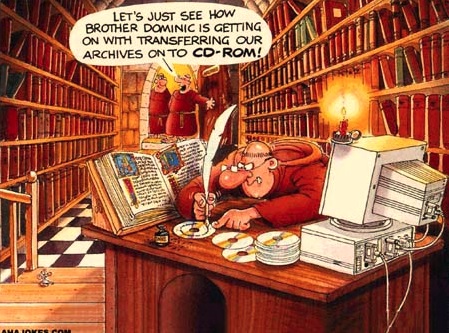 
More recently - but especially since I graduated in 2009 with a diploma in Business Administration - I have thought very seriously about becoming a Records Manager, and perhaps an Archivist. There are part time archival courses that I would love to take at my local college. But again money is the main factor.

I developed an interest in records management and archives way back in the 1980s at one of the early jobs I had when I first left home. The year was 1988 and I got a job working for what was then a nationalised business - the Nationalised Telephone Company. This was also before computers began changing everything and I got a great job where I did all the paperwork for cutting peoples phones off when they were behind in paying their phone bill.

For 18 months I worked on my own, receiving lists of phone numbers to be cut every week, having to remove each and every card for all the phone numbers (there being no computer database in use yet) and then faxing those same lists onto the guys in the telephone exchanges to cut these phones. Every day I would get more calls from the head office as customers paid their bills and the reconnection fee. I would be told to get those phones reconnected ASAP. I would make a note on the cards, and then I would fax the lists to the exchanges telling the guys to reconnect these numbers ASAP. Every phone that was cut for non payment of rental was called a UPR, an unpaid rental.

I did not have to talk to the public and I LOVED this job. This was records management at its best and I absolutely LOVED IT. By 1990 the job disappeared and I was told to either go on the telephones as a customer service person dealing with faults, or be forced to leave.

I reluctantly chose to become a customer service person because I needed the job, and I hated every minute of it. I hated having to talk to the public every day - especially when they were angry. I hated having to tell them lies. If a cable was cut, we knew that the cable might take several days to be repaired but we still had to tell the customer that their phone would be fixed within 24 hours. Of course when it wasn't, they were calling us back even more upset and angry.

By 1993, the company had been privatised - the government has sold Telecoms to an American Telephone company - and there would be layoffs. I lasted in that job for 4 years (early 1990 to late 1993) and when that round of layoffs began, I learnt that there were others who were being laid off but could not afford to be without a job. So I asked for and received severance, (this was called a SEVERENCE SWAP DEAL) in order that some one else could do my job.

I know now why I hate being on the telephones, but I loved doing the record management of the UPRs before the shakeup. Unfortunately I have not been able to get any job as a file manager - which is how one gets into this industry. I know how to alphabetise records, I have read books about records management and archival procedures, and I have a diploma in business administration - which means I know how to use business software, and I am familiar with marketing, business practices, business laws and canadian employment laws.

This is one job I would LOVE to do - if I can just break the barrier and get that first job as a file manager.

Skip Tracing - There is one new job that I think I would like to get involved with, and that is Skip Tracing. Unfortunately in Canada, Skip Tracers must have a private investigators license and they cannot become Bounty Hunters. The Skip Tracers use all manner of databases available on and off line, to find whomever they are looking for. They must then pass the information to the agency who requested that information. The next step is usually the Law Courts, or the Police. Bounty Hunting itself, is ILLEGAL in Canada. How much does a PI course and the license cost, I wonder? 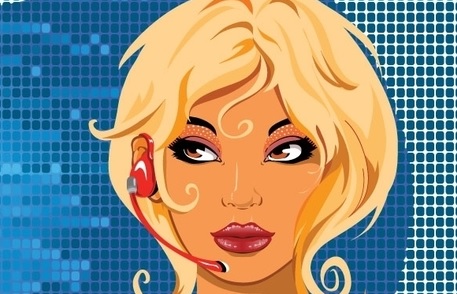 The following are jobs I have worked at, but I did not LOVE them

Survey Interviewer - I spent one year back on the telephones calling people and asking them to answer questions for a survey. This was very interesting, and I did enjoy the work, but I hated the hours. Business surveys are extremely hard to get done during business hours because people are too busy to answer questions. Residential surveys are always done at night after the business day is over, which means I had to work in the evenings.

Marketing and Promotions - I spent 6 months working for a Professional Theatre Company, looking for community groups that the sales people could sell tickets too. These groups that I was looking for, were in some way connected to the subject of the upcoming plays.

Conference Marketing - I spent 1 year doing research for a company that planned and presented professional conferences. My job was to research or call companies and find specific names or positions and contact details of people to whom the sales team could sell these conferences. Again this was an interesting business, but my health began to deteriorate while I was there.