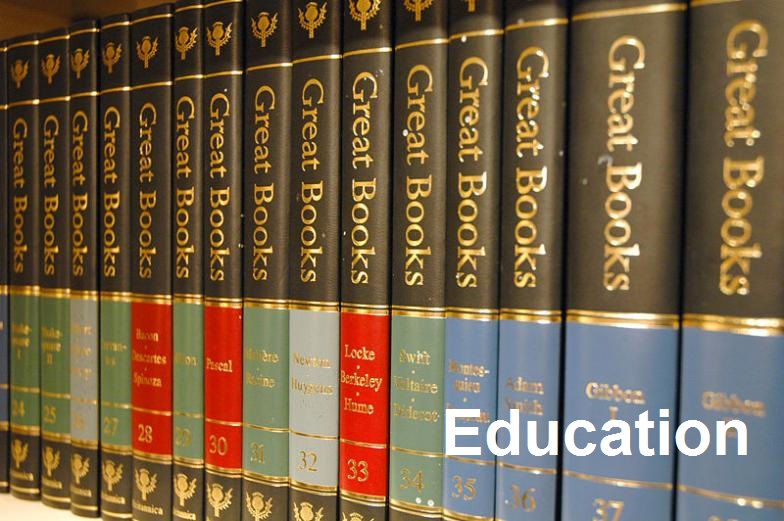 May 2017 - Apologies for the long spiel!! Homeschooling. My son has attended a regular elementary school since he was 4 years old. He did the standard (for Ontario) 2 years of Kindergarten and then 8 years of elementary. This was at a small school with slightly under 200 students in the whole entire school - that is for the entire 10 years of classes. It was like a small family. where everyone knew everyone else.

My son graduated from Grade 8 in june 2016. He won awards for general excellence and for Excellence in Maths. Maths has always been his favourite subject. During the summer of 2016, He and I did all the running around necessary to purchase the school uniform he would need for High school. Yeah, yeah, I know. Public School students do not wear uniforms to High school. So, how about you stop and think. Which High schools in Ontario, DO require their students to wear uniforms?

So in Sept 2016 my son went off to Grade 9. It's no longer a local school any more. He has to take one bus and one train and a 10 minutes walk, to get to high school. The same route in revse after school as well. The one way journey takes around 45 to 50 minutes. THat is an extra 2 houras added to the school day just to get 6 hours of education.

To make things worse, the school uses the SEMESTER calendar. which means an intensive 5 months of study to fit one years worth of learning into those 5 months, and a final exam, and then that's it until the next grade. 4 subjects in the first semester and 4 subjects in the second senester. which leaves 5 to 6 months at a time when half those subjects are not being taught at all. Each child has their own timetable and they dont always have their old friends in the same class. My son had 2 friends from elementary school in 2 of his first semester classes, and only has 1 elementary friend in one of his second semester classes. He has for all intents and purposes lost all his friends.

This school has 800 students. It is 4 times the size of his elementary school. As a result the classes are bigger and the one-to-one instruction that he enjoyed in elementary school has been lost. My son is a smart boy but is very frustrated with having to be HELD BACK to the level of the slowest kid in the class - and this is suppsoed to be the ACADEMIC level. There should NOT BE any slow students in the ACADEMIC stream!!! That is what the Applied stream is for. My son was also offered the chance to do the Pre-AP Maths class since he did so well in maths at elementary. It's about the only class he enjoys in the second senester.

He has been absent from school a lot of times this year. (2017). He even got an early warning letter in the second semester saying that he was in danger of failing some classes due to high absenteeism. Does anyone from the school guidance office bother to call me and ask what the problem is? No it's my job to just make sure that he attends school and has no more absentee days. That is conformity, and as I said before. I am not a conformist.

Things came to a head just after March break (March 2017) and my son flatly refused to go to school and demanded to be homeschooled. he had gone off to school but got caught up in a train problem when the trains were slowed down or stopped - in the middle of morning rush hour. It didnt take long for the crowds to build up and he was unable to get off the train at the right station to get to school. So he eventually came home again. He hated having to travel almost an hour to get to school and then another hour to get home again. It was such a waste of time. He also said that he was lucky if he even got 2 hours of decent learning out of the 6 hours he was at school, because the teachers was always spending time with other students. He no longer had the personal and one-to-one relationship he had with his elementary school teachers. He had lost all his friends. They were either in different streams or had different timetables. And despite going to the summer school program, he was unable to find any new friends with whom he had anything in common. Being in grade 9 he had no interest in joining the maths or computer clubs. He just went to school and came home again. But the biggest thing that irks him is being HELD BACK. He cannot work at his own pace, and that is what he wants to do more than anything else.

Most of his socialization has been done online - for the last 5 years anyway - since he was 9 years old. Most of his education has come from online as well. His reading, his vocabulary, his world knowledge. Every now and then I ask him a general knowledge question, and he surprises me by getting it right. He is only 14 years old!!

So Dad, son and I sat down. Dad said he wanted son to experience life at High school. I said, he's done that and he hates it. Dad said he has to get his HS diploma. Ontario laws says he must stay at school until age 18 so he cant really leave before getting his diploma anwyay. By the time his birthday comes around, he will only be a month away from final exams and 12th grade grduation, so he might as well stay. I have no problems with son getting his diploma. Dad then said, None of this homeschooling stuff where he does whatever he wants. I think he was referring to the UNSCHOOLING method of Homeschooling, which even I agree is far too unstructred for my liking.

I had found a distance learning place that son can use so I mentioned it. The first thing dad said was - That's a scam. How much does it cost? $40 per subject course. I replied. Dad snorted and repeated, Definitely a scam. Noone make any money charging $40 a course. This one does. They have over 22,000 students on their books and they are mandated by the Ontario Government so they are legit.They have classes at Academic, Applied and Open streams to cover the provincial requirements. and even better than that - they have been around since the 1920s - thats 90 years of experience. The high school that my son cwas enrolled in, was only started up in 1986 - 30 years ago - and it did a major change of curriculum 5 years ago. Anyway I would rather take a 90 year old proven school over a 30 year old school that is still in flux after changing its curriculum. (the school changed from the basic boring classes to almost a STEM curriculum, but with Arts added. It is now a STEAM school. Stretching itself rather thin IMO). Anyway 22,000 students paying for 1 to 4 subject courses per year - can bring in anywhere from $880,000 per year (if they all did one course) to $3,520,000 (if they all did four courses) per year. Yes, that does say a potential of $3.5 million dollars per year. Of course they can pay for whatever they need!!

In the end, we compromised. Dad agreed that if son stayed in HS to finish out the year in grade 9, he would allow son to (withdraw) transfer to the ILC for grade 10. He was concerned about me losing my private time. I still get it anwyay. Son can check online for answers and contact the ILC office for help if he needs it. He can do the work that the ILC sends to him at a mucn faster pace than a teacher in a classroom can teach, so he may even finish all his classes and be able to move up to the nest grade before the old school class has finished their school year. Final exams for each subjects is done at the ILC office in Toronto. Son may even grduate a little early, he works consistently at all his studies. Pretty much all of the work is done online and son does accept and understand that he will be required to do his school work for a minimum of 3 hours every day first, before he gets on to his games with his friends. I think this will work out very well for our son.

Nov 2017 - The attempt at the online school was a disaster. My son prefers books. So I am slowly collecting some books to be used for high school curriculum so that my son can go back to working from books again. Some of the books I have planned to use include books from the Dummies series - those bright yellow books that have such titles as Computers for Dummies, Algebra for Dummies, Calculus for Dummies etc etc. There are also AP books from Barrons that I plan to purchase. Whether or not my son actually does any AP exams, I don't know at this point. If it is possible then that will be good. If that doesn't happen. well at least he has learnt to AP level. There is ONE currriculum business in Canada that has just started publishing a High School Maths curriculum. The Grade 9 Maths book was published in Sept 2017 and the other 3 grades will be released around Xmas 2017. This is perfect timing!!