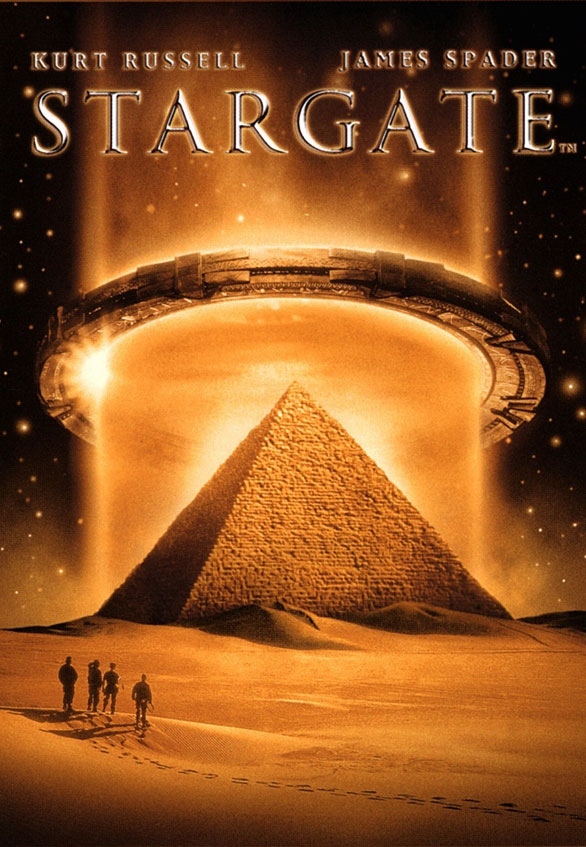 I fell in love with some parts of Science Fiction when I first discovered Star Trek through TV re-runs in the early 1980s. Because my mind works on reason and logic, I found it much harder to accept Star Wars as a plausible story. We do not use the force in this universe. At least, not in this reality. Buck Rogers was plausible and acceptable, but not Flash Gordon.

Then came the best and most brilliant Science Fiction Movie of all time. It happened in 1994 and was called Stargate!!! I totally fell in love with the characters and the scientific and historical concepts. Wormholes - Check, Aliens - Check, Ancient Earth History - Check.

Then in 1997, the TV series began, starring one of my most favourite Actors of all time - Richard Dean Anderson. I had previously LOVED his TV series MacGyver!!!!

OK so the concept of those parasite snakes living inside peoples heads and controlling them - that was a little off-putting. But the basic concept was accurate. After all we could just as easily call them very big tapeworms. Speaking of which, I do seem to remember a House MD episode starring a patient with symptoms that eventually turned out to be caused by a very long and large tapeworm in their brain. (House MD - Insensitive - Season 3)

More recently, while I have seen the Harry Potter movies and read some of the books, I cannot in all honestly say I love it, when we all know that magic, such as practiced in those movies, is not real. And no I am not saying this is bad and it an affront to religion. I dont even have a mainstream religion. I just don't beleive that magic is PLAUSIBLE. It is not now and never has been practised on this planet in this reality.

The same thing goes for MATRIX as well. I really enjoyed the Matrix Movies. And while the concept MAY be plausible, it most likely will not happen for quite some time. Our human understanding of computer AI's is still rudimentary at best.

As for Sci fi books - I don't read a lot of Sci fi - at least not hardcopy books. Mostly because so much of it is actually fantasy. There are some authors I can read, and others I cannot. The Erogen series, for example, I cannot read at all Why? Because fire breathing dragons do not exist on this planet in this reality. For the same reason I could never read the Dragons of Pern books by Anne McCaffrey either. But I had no trouble reading her Crystal books, The Ship Who Sang Books and the Rowan Series

I find that when I do read sci fi, I tend to read Star Trek and Stargate fan fiction - because those are based on what I already know and what is already familiar. The best place to read fan fiction is at the Fan Fiction dot net website, or FFN for short.

I am going to use this page to connect with various Sci fi pages that I plan on uploading to this website.
Some of these webpages are old - they were intitially posted to the old Geocities site, which was taken down by Yahoo back in 2009. Other pages will be new.